This author has not yet filled in any details.
So far g has created 16 blog entries.

Become a member of the Avalon CERT Team

“I appreciate the efforts and leadership of the Governor through this state of emergency as a result of the hurricane”, Pagliughi said. “Even though the Borough of Avalon got through the storm with minimal damage to infrastructure, it’s still very difficult to drive and get to shore resorts. We highly encourage everyone who has the ability to stay in their current location for the next 24 hours to do just that, stay where you are and allow emergency crews and authorities in other parts of the state do their jobs effectively”. 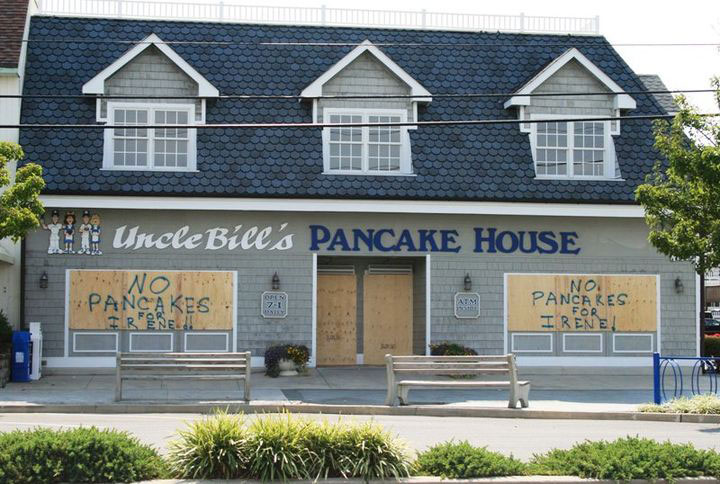 The eye of Hurricane Irene passed over the Borough of Avalon Sunday at 4:15am. The Borough experienced hurricane-force winds, several inches of rain, and moderate coastal flooding on Saturday evening. However, thanks to a change of wind direction during the early morning hours, the Sunday morning high tide did not aggravate the situation in Avalon.

Governor Christie announced on Sunday during a statewide press conference that the southbound lanes of the Garden State Parkway near Avalon will be reopened to vehicular traffic on Sunday. In addition, tolls will be charged on both the Parkway and Atlantic City Expressway as of Monday morning.

“Even though shore resorts like Avalon faired pretty well during the storm, anyone who has the opportunity to stay where they are for the next 18 hours or so, please do so”, Pagliughi said. “The Governor made very clear mention of flooding issues in other parts of the state and suggested that strong winds throughout the day could bring down more trees which will result in additional power outages. There are also numerous other storm and public safety issues in other parts of the state and our region that have occurred as well. Avalon will gladly welcome tourists, visitors, vacationers to the Borough well in advance of the upcoming Labor Day weekend. Thanks to the hard work by our dedicated public safety and public works teams, the Borough is being restored quickly to allow businesses to open again and for people to go to work, come to play, and enjoy the last unofficial week of summer in the Borough of Avalon”.

Avalon experienced no widespread power outages during Hurricane Irene; the full extent of power loss will be determined when residents arrive back in the community to check their properties. The Borough was fortunate to maintain many communications as well. One crew of emergency responders, including Mayor Pagliughi, manned the Avalon Emergency Operations Center during the entire storm event. Another crew of Avalon employees and volunteers operated a shelter for Avalon evacuees and other individuals in need at Cumberland Regional High School.

“I want to thank the entire business community in Avalon for understanding the decision to call for a mandatory evacuation in our community during the summer”, Pagliughi said. “Avalon always has, and always will, put public safety first and foremost in any decision we make. I am pleased that Governor Christie today recognized the financial impact that Hurricane Irene has on shore businesses, and I’m thrilled that he plans on visiting the shore this week to show the world that New Jersey’s beaches are intact and open for the upcoming Labor Day holiday weekend”.

Avalon will continue to provide updates relating to Hurricane Irene on its website, www.avalonboro.org; on Avalon’s official Facebook page; on 1630AM Avalon’s emergency radio station; and on ShoreTV Channel 2 for Comcast television customers. Alerts via Avalon’s Global Connect 911 telephone system will be made, when required. Avalon has a list of contact information for many utilities and Borough officials on the “Frequently Called Numbers” link on the Borough’s website.

The National Weather Service in Mount Holly NJ has issued a

* an additional 1 to 4 inches is anticipated in this area by 8 PM.

* There will considerable flooding..including basement..Urban and
Small Stream flooding by nightfall. Flash flood warnings may be
issued later this afternoon for portions of this area.

A Flood Warning means that flooding is imminent or has been reported.
All interested parties should take necessary precautions immediately.

A Flood Warning means flooding is occurring or is imminent. Most
flood related deaths occur in automobiles. Do not attempt to cross
water covered bridges… dips… or low water crossings. Never try to
cross a flowing stream… even a small one… on foot. To escape rising
water move up to higher ground.

Do not underestimate the power of flood waters. Only a few inches of
rapidly flowing water can quickly carry away your vehicle.

Do you need evacuation help?