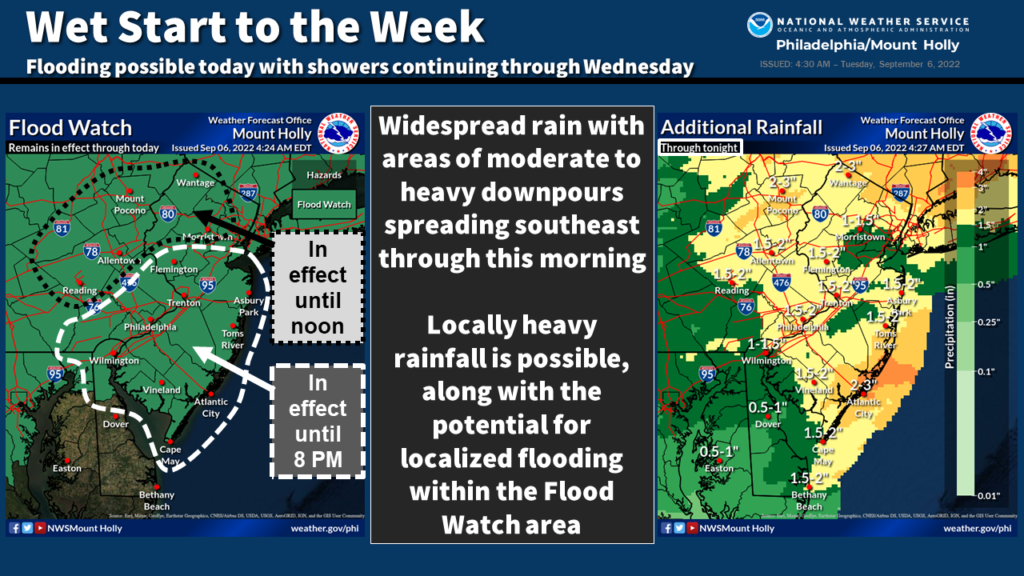 Here are the key messages for the heavy rain expected through today. The only change is to the Flood Watch, which was expanded to include Atlantic, Cape May, and Cumberland Counties in New Jersey.
swahl2022-09-06T07:05:37-04:00